Kali is the Hindu goddess associated with empowerment. She is the fierce aspect of the goddess Durga. The name Kali means black, time, death, lord of death. Kāli is the Goddess of Time, Change, Power and Destruction. Although sometimes presented as dark and violent, her earliest incarnation as a figure of annihilation of evil forces still has some influence. 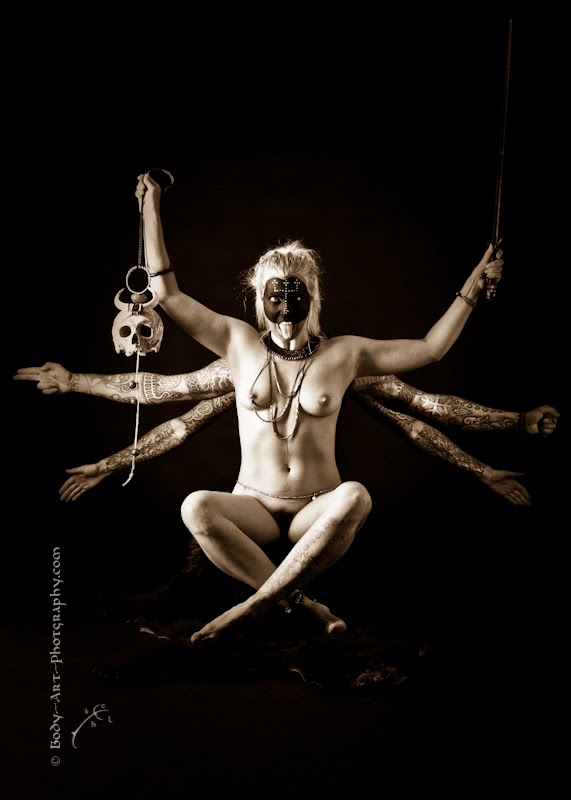 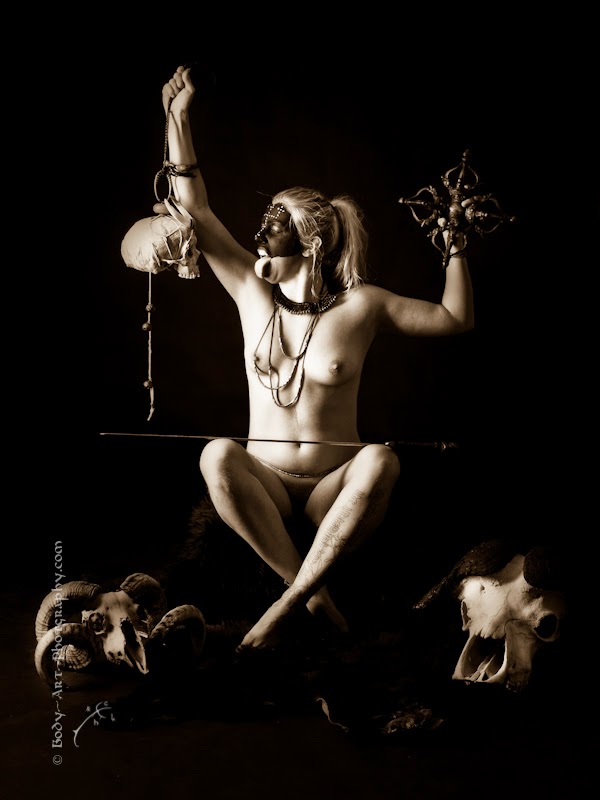 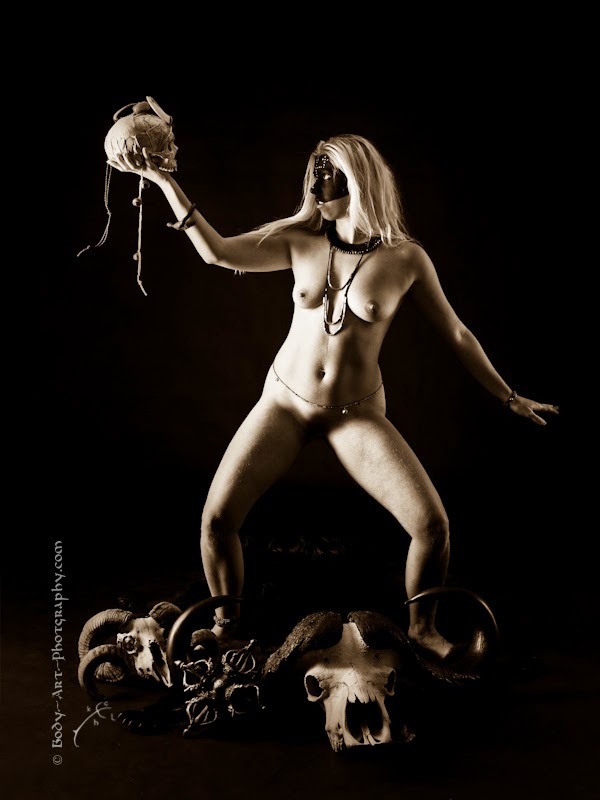 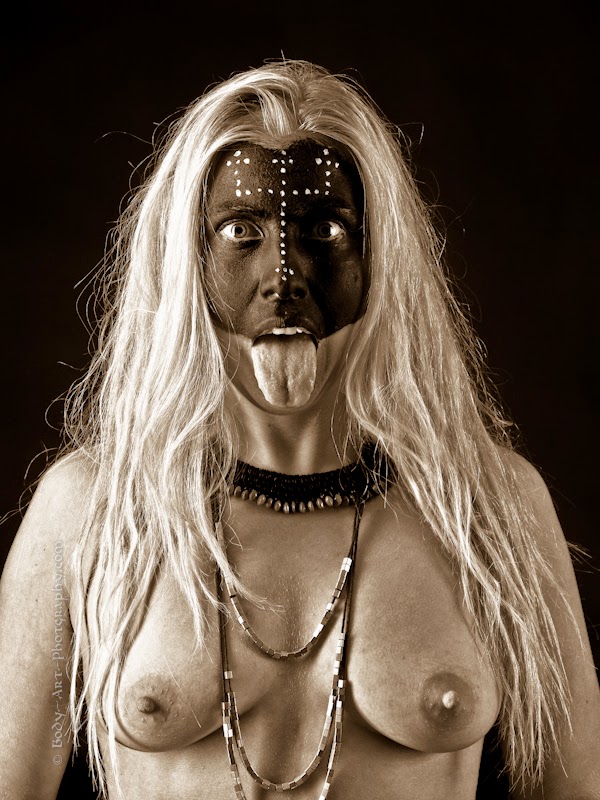 Amanda - as goddess Kali. A Very powerful and intense performance.
Thanks to Amanda for showing your dark side unveiled
and Kai for the impressing face paint.
Tattoo on Amandas leg by Kai:http://nordictattoo.blogspot.de
um 05:45